Development, construction and discontinuation of the N-20 Aiguillon

One of the many intitial design variants carried a single Rolls Royce Nene jet engine in the tail. Although readily available at this time it produced too little thrust for he performance strived for. 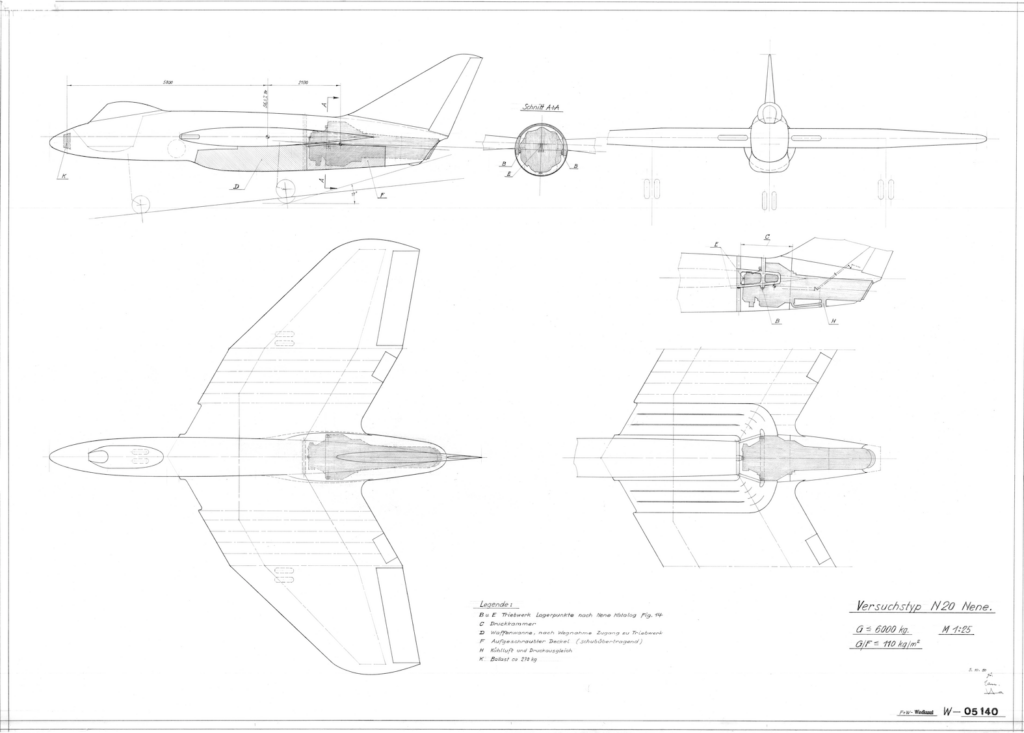 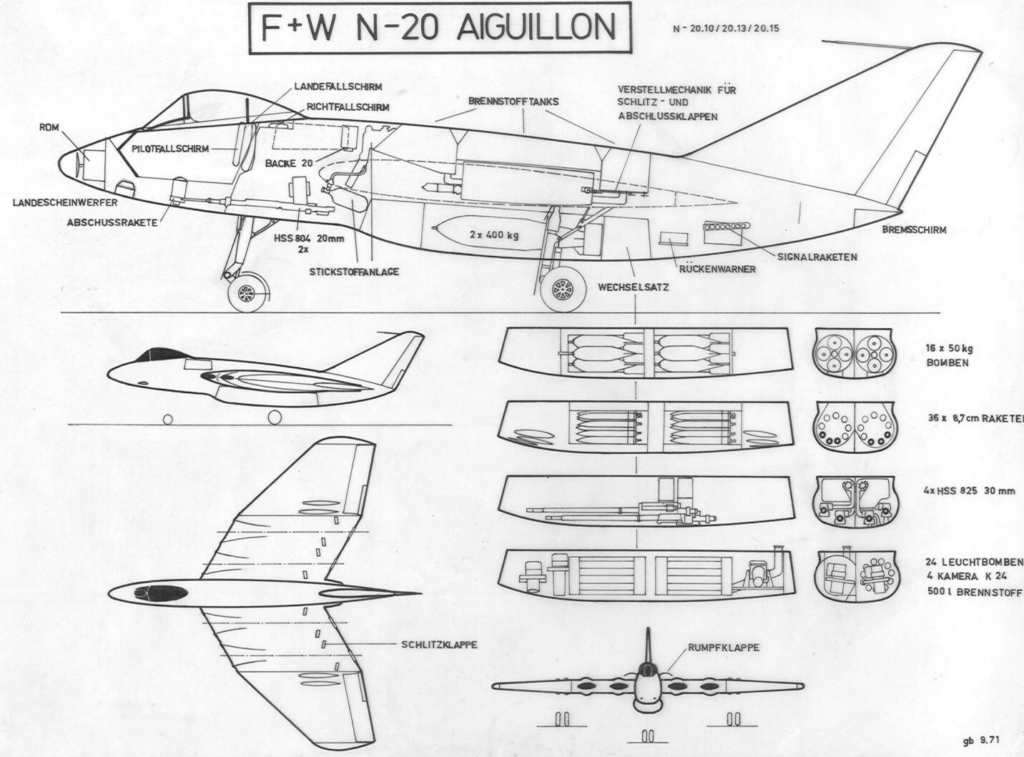 The final layout had four jet engines installed in the wings.

The concept of the N-20 combined a number of revolutionary ideas.

The aerodynamics of a swept wing was still in its infancy at this time. Going for a flying wing was an even bolder approach. The four engines were burried in the wings with the main landing gear retracting parallel backwards to them. This left only a small section of he outer wings with undisturbed airflow.
Thrust deflection slots functioning as reversers were to shorten the landing roll.  Each engine was equipped with a side flow afterburning system. Extendable canard wings were meant to provide for low approach speeds and by that for a short landing distance. The detachable cockpit section served as rescue capsule. A modular weapons bay offered fast turnaround times.
Just to mention a few.

Numerous models of the prototype were taken through extensive wind tunnel tests. Some questions remained open nevertheless, specificly in the transonic speed range.

On 10 July 1950 Prof. Dr. Karman was invited for a meeting at Emmen to discuss the project. The protocoll of this meeting shows the insecurity and dissent within the engineering team at Emmen.

The tumbling effect of the flying wing was a concern (rotation about the tranverse axis). The problem was looked into by wind tunnel experiments. Further more a flying model was built and dropped from a ballon, attempting to produce the effect. 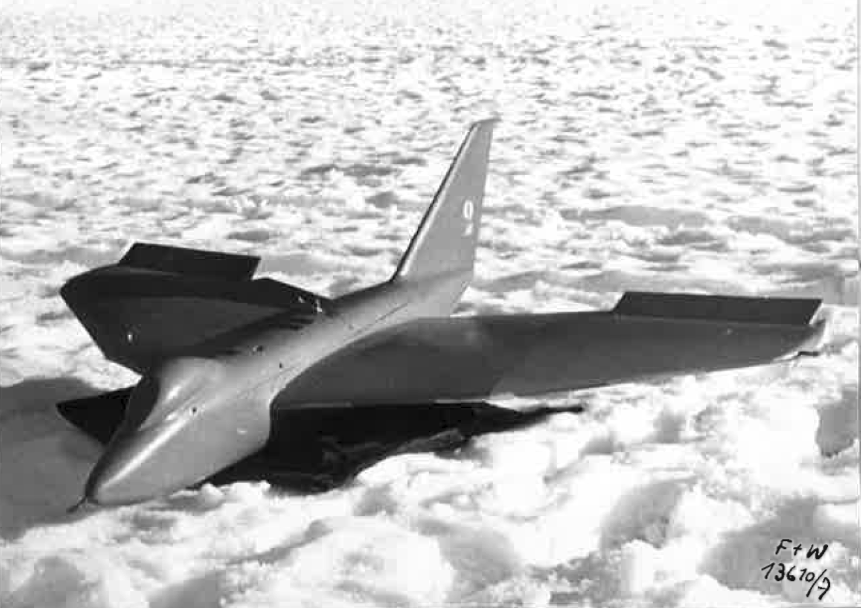 Report of the tumbling studies

The amount of reports and protocolls of this project is enormous. It fills complete cabinets in various archives. Presenting the entire story of this aircraft  exceeds the scope of this page.

The N-20 was finished at the begining of 1952. On 8. April 1952 a high speed take off roll was performed during which according whitnesses the aircraft has lifetd off briefly. 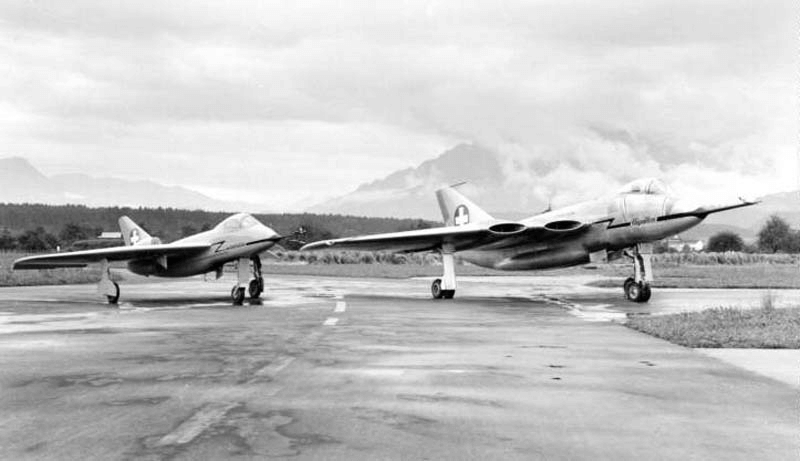 At the end of 1952 the project funding by the Swiss government was cut. This lead to the termination of the development works on the N-20.

The aircraft is on display at the Fliegrmuseum Dübendorf today.