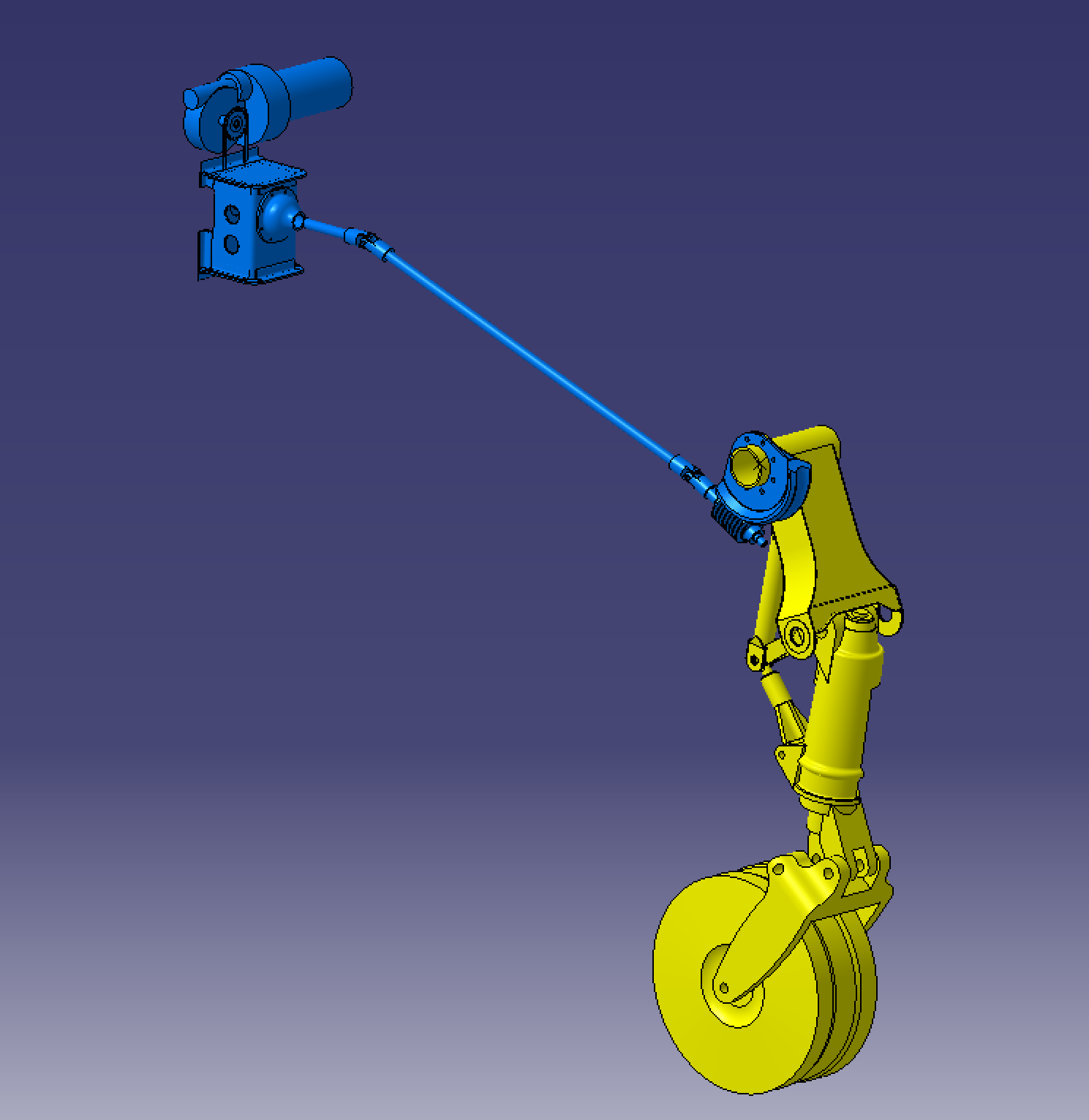 The drawing of the nose landing gear and its mechanical components on CAD took me several weeks.

The gear retraction and extention is actuated through a worm gear. It is driven by a electric motor through a complicated arrangement of a reduction gear, chain drive and a differential gear which also drives the main landing gear actuation.

Manufacturing the gear components will be a challenge for itself. The cogwheels and the worm gear need to be manufactured by a specialised company which still needs to be found.

The mechanism caused repeated troubles during flight testing according the original reports. I therefore consider a complete reconstruction of the landing gear actuation system.

A plausible alternative would be a hydraulic actuated overcenter linkage. Positioning the components proved to be anything but trivial due to the confined space. It took me countless attempts to find a possible solution. The drawing above shows the final result. It fits, it works, it can carry all the predicted forces and above all the manufacturing of the components is pretty much straight forward.

Changing the nose landing gear actuation from the original electro-mechanical to hydraulic actuation would require the main landing gear worm drives to be replaced with a hydraulic system too. I still need to figure out if this can be done.